Performed by Stewart D’Arrietta and a seven-piece band, with some of Australia's best contemporary musicians. D’Arrietta’s   musical interpretations are gutsy and arresting, the stories he tells deliver an intimate insight into Cohen’s life and motivations. Performing 18 songs including the heartrending “Suzanne”, the iconic “Tower of Song”, the seductive “I’m Your Man”, the rousing “Hallelujah”, “Dance Me To The End of Love”, “Bird on A Wire”, “So Long Marianne” plus many more. A sold out, smash hit at the Edinburgh Fringe 2016, Sydney Opera House 2017 and Adelaide Fringe 2017.

“For lovers of Leonard Cohen young and old,” Edinburgh Reporter.

“It is startling and moving,” Broadway Baby. 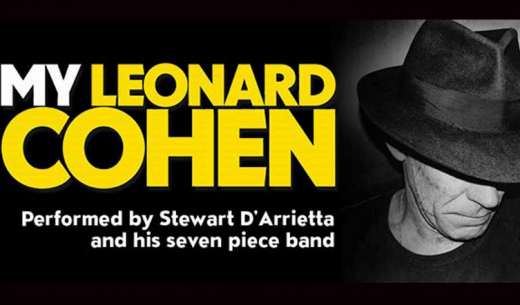